My Friends, My Life, My Phone - A Phone and A Woman's Life

And Cons
Reveals a Life living with Phones
Note:The characters in this story is imaginative and doesn't resemble any individual persons or company.Any resemblance is purely coincidental.
A short story in which I have highlighted some Positive and Negative effects of the phone that can CREATE or DESTROY A Woman's life
Sharing the LIFE OF NITHIYA : 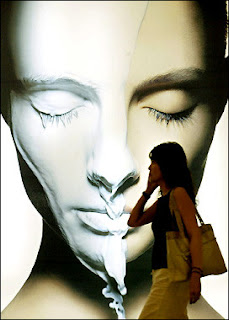 Negative effect on her life

Nithiya was in her sweet sixteen going to school. Hanging around her neck was her ID card.ID meant for what?Yes,meant for her profile details along with her phone number which will give her an identification in School.She used to travel in city bus for her school as no school bus was available in her location.It was just two days before it started.She was getting anonymous calls in her phone at home asking for her name.She didn't respond at first but within a few days she started to react to that type of anonymous calls which led her life in a different path.As young as her age is, she became the victim in the lists of  women's harassment.
Her father was having a little shop near the house and wanted his only daughter to become a doctor.He got calls for personal loans,credit cards from many banks.He got interested in personal loans for the upcoming college days for his daughter and enrolled in himself in a few banks for loans which he ultimately failed to meet and ended being in Debt.
Nithiya finally landed in a call center company job  to pay off the debts of her family and her life.She got calls after calls and also was put  in an untime shifts.But she continued the job since the money was eye catching.Days went by,she got her life into an unbalanced life cycle, suppressing her feelings which ultimately led to depression.
Positive effect on her life
Nithiya was in her sweet sixteen going to school. Hanging around her neck was her ID card.She ignored the anonymous calls as prank calls and normally she went on to continue her education.She entered a medical college that was her father's dream.She got a beautiful mobile phone and made a list of her faithful friends to keep in contact with.Her exposure grew well with SMS's,Mail's and Internet.In her final year,she contacted colleges providing scholarship for her higher studies through Internet in her phone and landed in a decent course.
Her father having a little shop also ignored the calls for personal loans and credit cards unless he was personally recommended by his knowledged friends.He went for mutual funds and made a good start for her daughter's future life.Nithiya taught her father on how a single phone call would book an appointment to the hospital and get orders for his shop without going far to those places.Her father even used it for free home delivery for foods and other products.
Nithiya climbed up the ladder and finally went to US and settled there with a perfect job.Her phone was much better with all that is necessary in today's life and she kept in touch with her father and her friends.She chatted with them long through audio calls ,mails ,and social networking sites.She was happy with her Phone.
Moral :
Technology should be used to the better living of Life.
Phone/Cell Phone or any other kind of Technology can be USED or MISUSED depending upon the type of person you are.


TATA DOCOMO
Tata has launched its mobile phone with
Alcatel as its partner ,it commits
The way we contact the world has changed
As Tata DOCOMO One touch net phone emerged
Decent resolution of 240x320 pixles
One click access to all Yahoo services
Camera,FM radio,Bluetooth and Edge connectivity
Optical track pad adds as an another facility
Making it a wonderful device that
One should have in their waistcoat
This post is written in response for IndiBlogger's "Share A Life Contest" .

Posted by Uma Anandane at 01:43
Email ThisBlogThis!Share to TwitterShare to FacebookShare to Pinterest